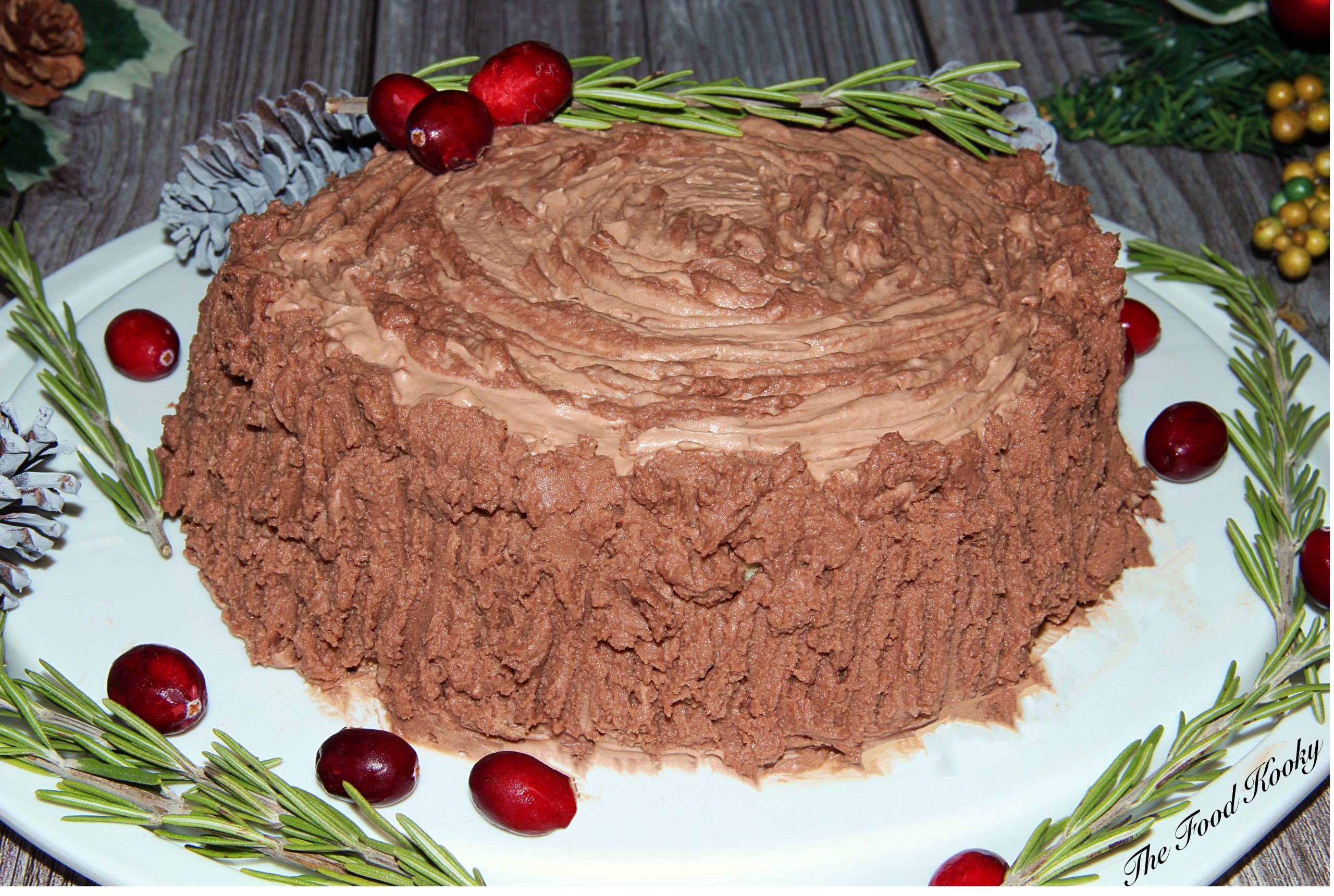 This chocolate stump cake can impress even the most pretentious guests. It is the perfect dessert for the Holidays. You don’t have to be an experienced baker to make that cake. No need of special skills and precise piping. You actually want your cake to look rough, so it resembles a stump. This cake is vertical, and you need to bake only one layer. This is so much better than to use multiple cake pans or to have to cut one thick cake layer to thinner ones. To make the whole process easier for you I’ve made a video and I took some step by step pictures.

The Chocolate stump cake doesn’t need baking powder or baking soda. To make the cake light and fluffy I use the leavening power of eggs. You have to beat your egg whites and egg yolks very well. First, you beat them separately and then combine them carefully with folding motions.

It is very important to sift the flour when you add it to the batter. This will prevent lumps and it will help with creating light and fluffy cake.

To make the chocolate ganache add 2 cups of chocolate chips and 1 cup of heavy whipping cream to a bowl. You can prepare ganache in the microwave or on the stovetop.

You need to make two creams for this cake. Both of them use ganache. One cream is used for the inside and outside of the cake ant the other one is added to the sides of the cake to create the bark of the stump. The mascarpone cream have to be chilled before you apply it. Also, for best results, the cake itself needs to be chilled overnight.

Since this is a stump cake it doesn’t have to look perfectly even and smooth. Use your imagination with the decorations.