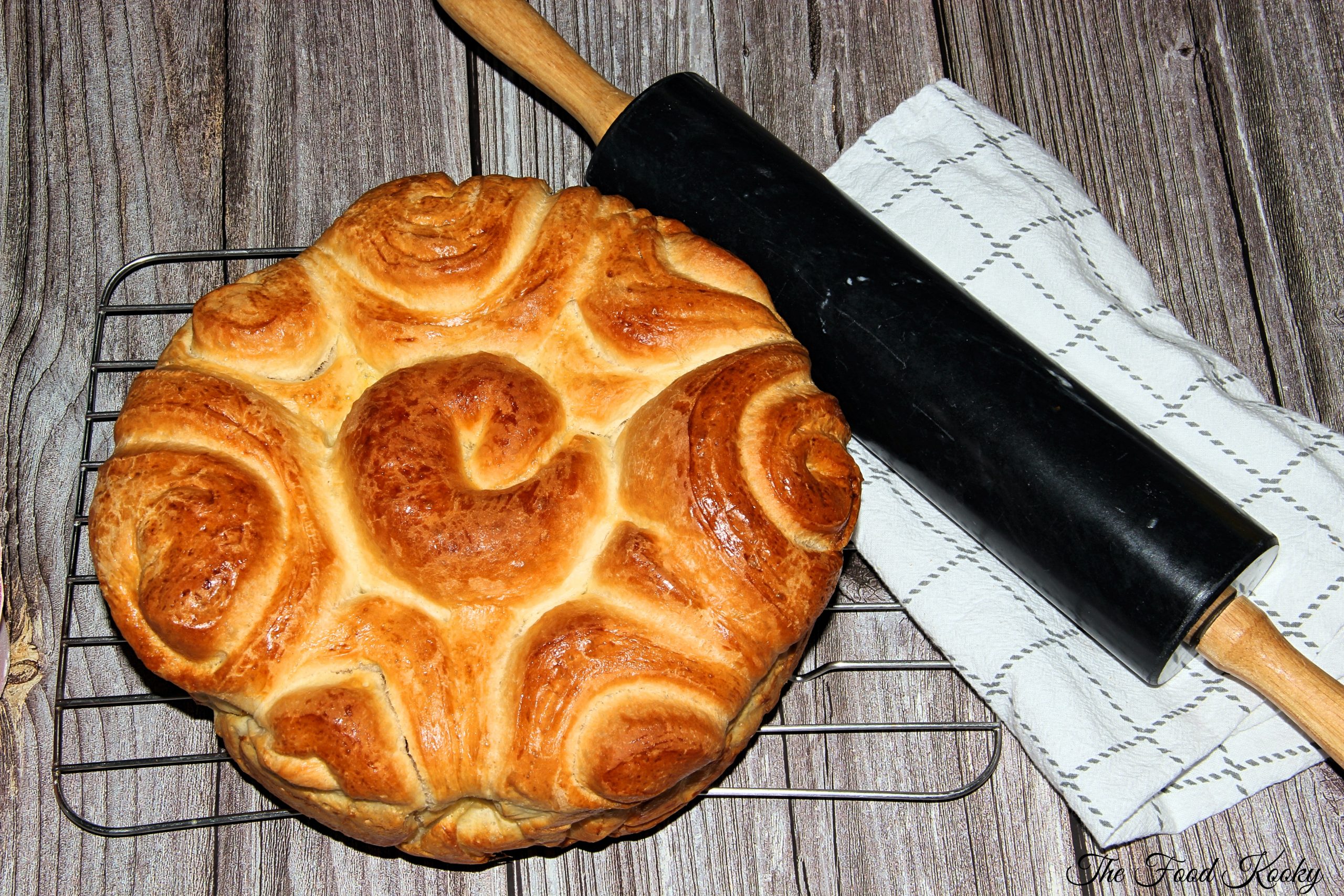 This round rolled bread is something I prepare often for my family. I usually make it for gatherings, birthdays or holidays. That is a typical Bulgarian bread that is served for the happiest occasions. Every family has a recipe that is passed down from generation to generation.

The crust of the bread is so crunchy and buttery, but the inside is even better. You have never tried so soft and fluffy bread before. It has unique texture and taste.

Why should you make it?

I think that every person should prepare homemade bread at least once in their life. While the bread is baking there is a smell that cannot be compared to any other aroma. It transforms every house into a home.

Making this round rolled bread is not hard but it requires patience. If you don’t have a stand mixer it will be a little more challenging. You can knead by hand or use a bread maker. Using your hands to prepare the dough is messy but it is like therapy. It is so satisfying to know that you made something with your hands.

When you are making the dough never add the yeast and the salt together. I usually add the yeast to the liquid ingredients and salt to the flour. Salt can inhibit the action of the yeast.

Proof the dough away from AC vents and drafts. The dough should be well covered and oiled. I use a slightly warm oven to rise my dough. I start is at 170F for a minute or until the temperature reaches 110F and I turn it off. Sometimes I place my dough in the microwave, without starting it or warming it in advance. It is very isolated space, without any drafts and I’m able to achieve great results.

Spread the egg wash before proofing for a second time. Once the bread has risen do not open the oven. Any drafts can deflate the dough. Start preheating the oven with the bread inside. this method creates amazing results, because the dough is not exposed to sudden temperature changes and bakes evenly. 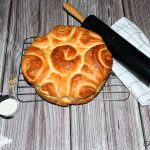 The amount of the flour may differ depending on the brand. Your goal is to produce soft and elastic dough that is not sticky.  I use Canadian brand of all purpose flour, Five Roses. Store the bread in bread box or in a paper bag 3-4 days.

Easter Bread in a Bread Machine