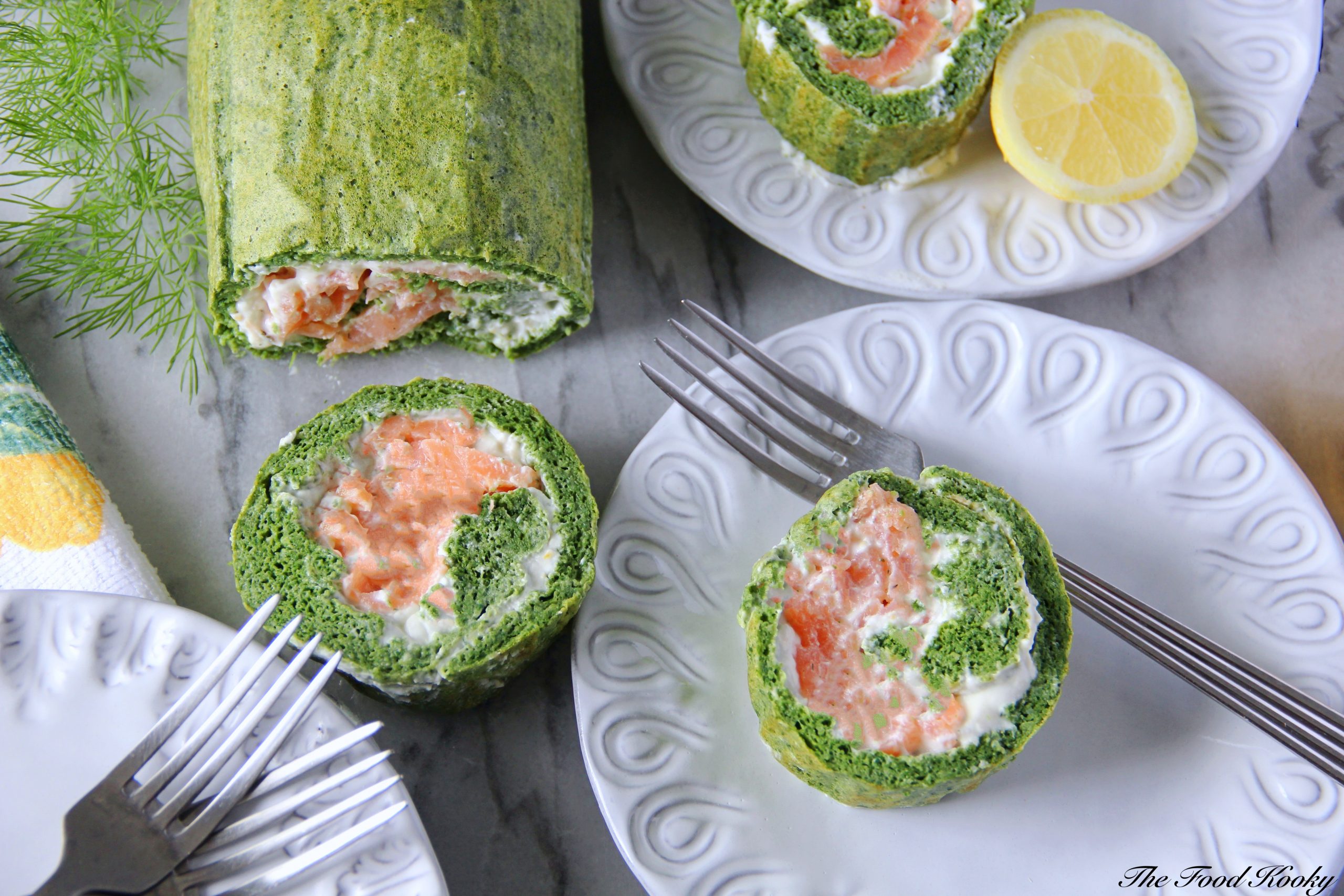 A spinach roll with lemon ricotta and smoked salmon filling sounds fancy, isn’t it? I admit that this recipe is not suitable for an average weekday meal. I know it seems like a pretentious meal, but it would be great as an appetizer for a special occasion. You can impress even the pickiest eaters with this starter. It might look like a recipe that requires you to have some special skills, but it doesn’t. I’m going to lead you and show you step by step pictures so you can easily prepare this roll.

Why should you make this recipe?

When I create recipes, I think about the taste but also about the nutritional benefits of the ingredients. I try to stay away from foods that contain only empty calories. The spinach roll with lemon ricotta and smoked salmon filling is an example of a recipe that doesn’t contain empty calories. In a single serving you get a good amount of protein from the eggs, ricotta and the salmon. You also consume spinach, which is one of the most nutrient dense vegetables. Some of the essential nutrients you get in a serving of this roll are calcium, iron, fiber and many vitamins and antioxidants.

Sauté the spinach first. If you don’t have a large pan do this in two steps. First add half of the oil and half of the spinach and stir until it reduces its size and looks wilted. No need to cook it long. This step usually takes two -three minutes. Then add the cooked spinach into a food processor or a blender and repeat the steps with the other half of spinach. You can also add it to a bowl and use an immersion blender. Allow the spinach to cool down slightly before you add the eggs and the milk, because they might form curds from the heat.

Beat the egg whites to stiff picks with a pinch of salt. Then carefully fold them in the spinach mixture. Do not use a mixer at this step or you will deflate the egg whites.

Add the flour and garlic powder one tablespoon at a time while you keep folding. Do this at the very end.

Spray the parchment paper with nonstick cooking spray to help with peeling the roll. Then spread the spinach dough on it by forming a rectangle. The dough should be about half an inch thick.

Bake for 10-15 minutes or until the roll is set. Then roll it while it is still hot and allow it to cool off.

You can whip the ricotta mixture or skip that step. I personally prefer to whip it because I get rid of the small curds and create a silky-smooth filling.

Do not spread the ricotta all the way to the end of the roll. This will prevent overflowing of filling when you roll it.

Cool down the spinach roll for minimum of 30 minutes in the fridge before serving.

Store any leftovers for 3-4 days in the refrigerator.

To prepare the roll

To prepare the filling